The Pennsylvania Student Journalist of the Year competition standards and rubrics align with the Journalism Education Association's Student Journalist of the Year competition. The annual competition is open to senior student journalists and requires the completion of an online portfolio aligned with JEA's curriculum standards. The Pennsylvania scholarship winner moves on to the national JEA SJOY competition. Please visit the JEA SJOY page for information about preparing a portfolio. The state portfolio deadline is generally in early spring and will be announced annually on this page and in our news and social feeds.

PSPA Journalism Teacher of the Year

Please note that the nomination form requires the candidate's resume, a headshot photo, three letters of recommendation, and three or more items that document the adviser's work in student journalism. Nominators should assemble these materials before beginning the application form.

The Keystone All-State Award was named in 2012 for PSPA’s first president, Clyde F. Lytle, professor at The Keystone Normal School, now known as Kutztown University.  One of the buildings on the Kutztown campus is named for Dr. Lytle.  He became the first president of PSPA in December of 1925.  Besides being remembered for his work in education, he is known for his collection of inspirational verse, Leaves of Gold, which remains in print today.

PSPA Administrator of the Year Award

This award recognizes Pennsylvania administrators who strives: Please note that the nomination form requires the a headshot photo and two to four letters of recommendation, as well as contact information for the administrator, the superintendent, and the nominee. Nominators should assemble these materials before beginning the application form.
NOMINATION FORM
Back to top

Please note that the nomination form requires three letters recommendation, as well as contact information for the nominee and the nominator. Nominators should assemble these materials before beginning the application form.
NOMINATION FORM
Back to top

​This award, given when appropriate. celebrates occasions when something truly new is added to student journalism.  The award is named for Rachael S. Turner, student journalism educator.  According to Miss Turner’s obituary, re-published in PSPA’s “The Keystoner” from November 14th, 1975, “The PSPA traces its origin to an idea in the mind of Miss Turner which through her tireless efforts became a reality in December 1925.”  The obituary adds that Rachael Turner acted as secretary of PSPA from 1923-1928.  PSPA recognized her outstanding student journalism work in 1954, presenting her with a Gold Award. 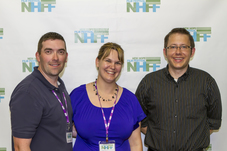 Past recipients​
Longtime Fleetwood Area High School adviser and independent film maker, Sean Gaston earned this award, along with Fleetwood Area High School and the “Misa’s Fugue” Team in 2012.  Sean was the conceive, director, and coordinator of the Holocaust documentary film “Misa’s Fugue.”  The award-winning film is a brilliant chronicle of the early life of artist Frank “Misa” Grunwald and his persecution by Nazis in World War II and certainly a crucial document for Holocaust literature.  At the same time, the film is also one of the most spectacular collaborations by students, teachers, and professionals ever made anywhere in the United States.  It redefines “interdisciplinary work” at the high school level.
Back to top

PSPA has given out this award for many years as a way of recognizing special dedication to Pennsylvania student journalism.  People who have received this award include:
Back to top
Pennsylvania School Press Association     Copyright © 2019-2020     www.paschoolpress.org